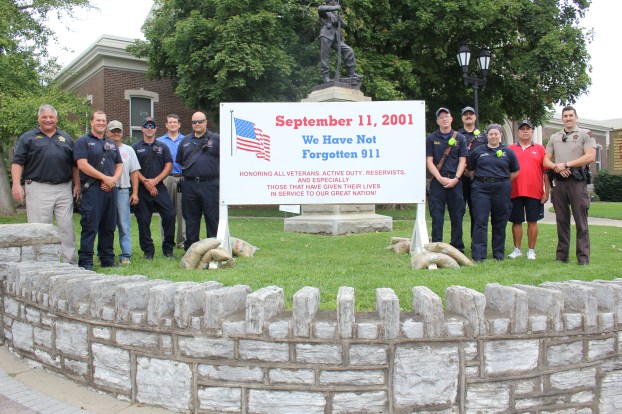 Douglas Day co-founded the organization with his wife 18 years ago in response to the Sept. 11, 2001, terrorist attacks in the U.S. The couple wanted to honor veterans and first responders.

To this day, they have celebrated more than 7,000 veterans with ceremonies and certificates from state and local government officials.

The organization is also planning a fundraiser for 10:30 a.m. to 7:30 p.m. Oct. 17 in the Kimberly Square Parking Lot at 955 S. Main St. in Nicholasville. The event will include food and live music, and all proceeds will go toward the organization’s mission of honoring veterans and firest responders.

For more information about the organization or the event, contact Douglas Day at 859.621.9872.

Whitney Leggett is managing editor of The Winchester Sun and Winchester Living magazine. To contact her, email whitney.leggett@winchestersun.com or call 859-759-0049.