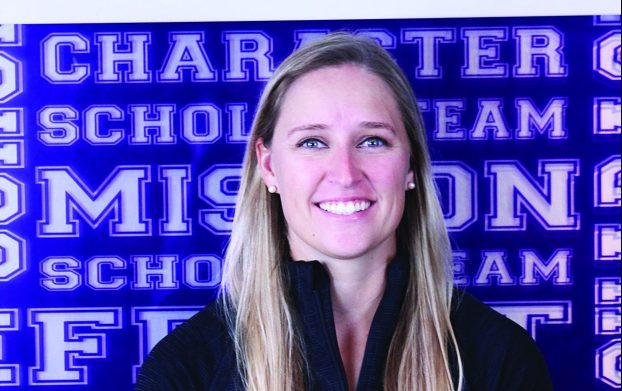 The Asbury University Department of Intercollegiate Athletics announced on July 22 that Megan Curry has been named head softball coach.

Curry brings an extensive softball background as both an accomplished student-athlete and coach at the NCAA Division I level and began her new role as head coach in early August.

She arrives at AU from Mercer University, where she served as an assistant coach. She was responsible for slap hitters, outfielders and baserunning during the 2019-20 academic year.

“I am so humbled and excited to become a part of the Asbury family,” Curry said. “I am looking forward to meeting the team and not only working toward a championship but also challenging them to grow as people and leaders in the community. I am very thankful for Mark Whitworth who believed in me to lead this program and thank God for providing this opportunity to glorify His name. Go Eagles!”

Prior to coaching at Mercer, Curry served as an assistant softball coach at Samford University for two seasons. Curry’s involvement at Samford included the planning and coordination of team practices, along with recruiting, individual training, skill development and mentoring of players.

“We are very thankful that God led Coach Curry to Asbury,” Mark Whitworth, vice president for intercollegiate athletics and university strategic communications said. “Our program is extremely fortunate to have identified a leader who has served as an NCAA Division I assistant coach at two different institutions and enjoyed an outstanding playing career.

“Megan exemplifies and embraces our mission to use the platform of college athletics to glorify God. We look forward to working with her to continue the growth of AU softball and becoming a championship contender. Megan and her husband Parker will be a wonderful addition to TeamAU.”

Curry had an outstanding collegiate career at Samford from 2013-16, finishing as one of the most decorated players in program history. The four-year starter was named the 2016 Southern Conference Softball Player of the Year and was also a three-time All Southern Conference First Team selection.

“To me, Asbury is a lot like Samford,” Curry said. “It’s a place where you can grow in your faith, be encouraged daily through the people you’re around, and it’s a place with a great vision for the future.”

The talented outfielder also helped guide Samford to an historic year her senior season in 2016, winning the conference title and advancing to the NCAA Championship Tournament.

Individually, she led the nation in doubles per game throughout the regular season and was a First Team selection to the NFCA All-Region South Team.

Born in Louisville, Curry grew up in Paducah before moving to Fairhope, Alabama, in 2006. She earned a bachelor’s degree in sports administration from Samford University in 2016.

Formerly Megan Dowdy, she is married to Parker Curry, who was an all-conference pitcher at Samford and now plays professionally in the Dodgers organization.