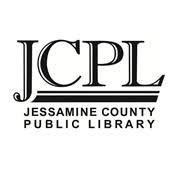 When the City of Wilmore purchased the former Providence School, there was more than enough room to house all of city government.

There may be room for a branch of the Jessamine County Public Library as well.

“The opportunity presented itself when the city purchased the Providence School,” Critchfield said. “They approached us about partnering with them.”

Rainwater said Wilmore has not had a physical public library before, though the schools, university and seminary all have their own libraries. The public library would send a bookmobile to Wilmore on a regular basis, he said, but that was several years ago.

“I think there’s a lot of interest in the community,” Rainwater said. “If we can agree on a location, it is a good possibility.”

Critchfield said the discussions are in the early stages, and no decisions have been made.

Rainwater said they toured the facility on Friday, and the discussion continued outside for another hour and a half.

City officials closed on the former school earlier this summer and have been working to move all the city departments into the facility. Rainwater said they have been painting the school one hallway at a time, and workers were tackling the landscaping Tuesday afternoon.

“We hope to be fully open by September,” Rainwater said. “We’re excited about a facelift.”