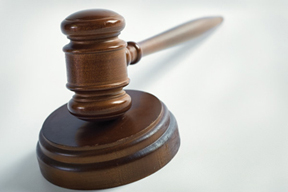 Trials able to resume, but no time table yet

Commonwealth’s Attorney Andy Sims said the court’s order allowed trials to be scheduled again, after all trials were put on hold in March. The order calls for criminal trials to resume first, with civil trials to come later in the fall.

“We didn’t know when the courts were going to open back up,” Sims said. “Now we can start setting trials.”

There are still a number of logistical details to work out to conduct a jury trial within legal guidelines and social distancing as well.

“In some circuits, the judges are sitting behind a Plexiglas shield,” Sims said. “We’re fortunate in our circuit because we have cavernous courtrooms. We’re really blessed.”

Jean Chenault Logue, the chief regional judge for the Bluegrass Region, which includes Jessamine County, said the Supreme Court’s order allows a lot of leeway for local judges to make those decisions.

“Every jurisdiction has different facilities,” she said. “Some of them have a number of rooms. Some are dying to fling the doors open.”

During course of a trial, there are a number of times where the parties would need to be within six feet of each other.

“When it comes to a jury trials, there are multiple dilemmas,” Logue said.

One of those issues is keeping 10 feet of space around the judge. That limits the privacy of conversations or objections held at the bench between attorneys and out of the jury’s hearing. It would also limit the ability for an attorney and client to communicate during the trial, she said.

The act of picking a jury will be a challenge, he said.

“I think what the Supreme Court wants us to do is have jury selection in phases,” he said, where only part of the pool would be in the courtroom at the same time.

“The other question is when we get a jury and get through a trial, where will the jury sit to deliberate?” he said. Ultimately, that decision will be up to the judge and the Administrative Office of the Courts, he said.

One option could be the jury deliberating in the courtroom, which would require everyone else to leave. That’s how the grand jury has been functioning, he said.

“We’ve been up and running with the grand jury for the last few months” in the circuit courtroom, he said. “We’re spread everyone out to the four corners of the room. I’ve been up  front with my officer basically screaming at everyone.”

Between Jessamine and Garrard counties, Sims estimated he has about two dozen cases that need a jury trial.

“It’s going to be different and weird, but there’s a way around everything,” he said.