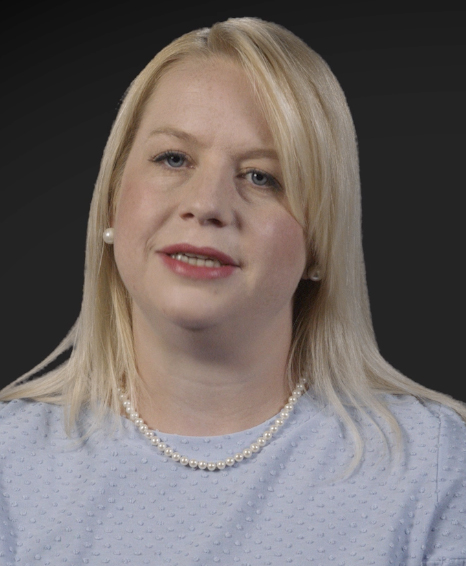 A screenshot from a “Wear It For Me” PSA shows Jessamine County teacher Mallory Brown encouraging Kentuckians to wear their masks.

A Jessamine County teacher. A Louisville man who just learned he has brain cancer. A Glasgow family physician. A restaurant owner and a firefighter with a young child.

All are wearing masks to help prevent the spread of COVID-19, and asking Kentuckians to do the same in a new campaign launched last week by the Foundation for a Healthy Kentucky, the Kentucky Medical Association and the Kentucky Foundation for Medical Care.

The ‘Wear It For Me’ campaign includes social media graphics as well as two public service announcements that the Foundation and KMA will be asking television, cable and radio stations around the state to run.

The campaign features residents of the commonwealth sharing their personal reasons for urging all Kentuckians to follow public health advice to wear a mask in public indoor spaces and when they cannot maintain a six-foot distance from persons who don’t live in their own households.

“We can’t know the stories of every person we come near at the grocery store or anyplace else where we have to go inside,” Ben Chandler, president and CEO of the Foundation, said. “But we can infect them with the coronavirus without ever knowing we have it, either because we don’t have symptoms or the symptoms just haven’t started yet. Wearing a mask over both the nose and mouth and staying six feet apart in public is the fastest way we can get back to some kind of normal, where fewer Kentuckians get sick, fewer Kentuckians die, and fewer Kentucky businesses close again-either short-term or forever.”

KMA President R. Brent Wright, M.D., who appears in the PSAs, said, “Wearing a mask and keeping a safe distance is about protecting those around you who may be at risk for severe complications from COVID-19, or who live with someone who is vulnerable. Moreover, as the research has evolved, we’ve learned that masks also reduce the wearer’s chances of contracting COVID-19 by as much as 65 percent.”

Kentucky residents who appear in the ‘Wear It For Me’ campaign are:

— Mallory Brown, who teaches high-school students in the Jessamine Career and Technology Center in Nicholasville;

— Ben Smith of Louisville, who learned he had a cancerous brain tumor in June, underwent surgery a few weeks later, and is now enduring daily chemotherapy and radiation;

— Dallas McGarity, a chef who owns The Fat Lamb in Louisville and Portage House in Jeffersonville, Indiana, and who won the Food Network’s program “Chopped” in 2019;

— Michael Branch, the first Louisville firefighter to contract COVID-19, is married to a physician and they are the parents of an infant girl; and

— Dr. Wright, in addition to serving as KMA president, practices medicine at the TJ Samson Family Medicine Center in Glasgow, serves as associate dean for rural health innovation at the University of Louisville School of Medicine, and also is chair of the foundation’s board.

The campaign will run through August.