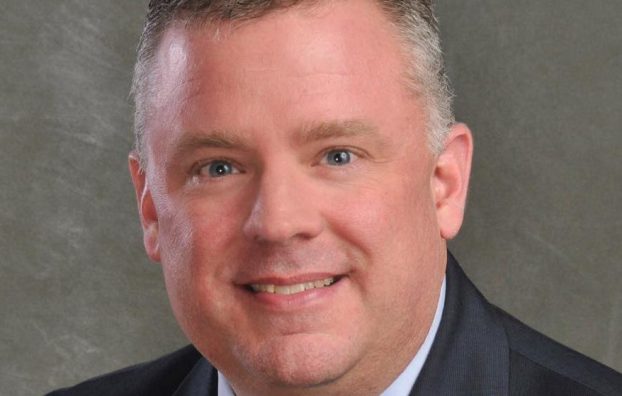 Matt Lockett, a financial adviser and the Republican county chairman, will take on Democrat Carolyn Dupont for the 39th District state representative’s seat.

Lockett won the Republican primary election Tuesday with 2,778 votes compared to 1,772 for Jay Corman, chairman of the board of R.J. Corman Railroad Group.

Dupont, who teaches history at Eastern Kentucky University, was unopposed for the Democratic nomination.

Whoever wins in the Nov. 3 general election will replace Russ Meyer, the Democratic state representative and former Nicholasville mayor, who is stepping down after serving in the House since 2015.

The district includes part of Jessamine and part of Fayette County. A little over half of the district’s voters are registered Republican.

“I’m extremely pleased with the results, and I think thats due to a lot of hard work by a lot of volunteers putting in countless hours of work … and really doing our best to get our message of conservative values out to voters,” Lockett said Wednesday.

He said he considers Dupont a strong adversary who is well known in the community, and he looks forward to the fall campaign.

Kim King, the Republican state representative for the 55th District that includes Mercer, Washington and part of Jessamine County, was unopposed in the primary and has no opponent in the fall.

Nicholasville voters in the primary got to select eight candidates from the 12 on the ballot who will advance to the general election.

In the nonpartisan contest, 22,276 voters cast their votes, more than in any other race on the ballot, including for president.

For many years, Wilmore City Council has opted out of having a primary. Regardless of how many candidates there are, they all run in the fall.

Other races that will be on the ballot in the fall are seats on the Jessamine County Board of Education and the Conservation District.

Kentucky’s presidential primary is so late in the year that the presumptive Democratic and Republican nominees are usually determined before voters go to the polls in the late-May primary. This year, with the primary being on June 23, Republican President Donald Trump and Democratic former Vice President Joe Biden had secured the delegates they needed many days before Kentuckians voted.

In Jessamine County, Trump got 5,777 in the Republican primary compared to an uncommitted delegates slate that got 1,171. And Biden got 3,902 of the 6,058 votes divided among 12 Democratic candidates — all of whom had dropped out except Biden — and 799 for the uncommitted option.

Statewide, the race was close, within 2.25 percentage points. In Jessamine County, McGrath had a more comfortable lead, 659 votes to 569 for Booker, or just under 46 to 40 percent.

Mike Bohier, a farmer and former newspaper editor, came in a distant third statewide and in Jessamine, where he got 132 votes.

None of the other seven Democrats were factors in the race.

In the Republican primary, Republican Senate Majority Leader Mitch McConnell trounced eight candidates to win the nomination to run for a seventh term. In Jessamine County, he got 3,590 of the 4,443 votes cast.

Josh Hicks, a Lexington lawyer and former police officer, will face off against Republican incumbent state Rep. Andy Barr for the 6th House District. In Jessamine, Hicks got 2,772 votes to 1,340 for Daniel Kemph in the Democratic primary.

In the contest for the 2nd U.S. House District, which includes Wilmore and the southern part of Jessamine County, Republican Rep. Brett Guthrie got 1,964 votes against Kathleen Free, who got 329.

The wets have it. On the ballot was a question about whether to allow alcohol sales in a historic district, which is in the Clear Creek precinct. It is for the benefit of the Keene Springs historic hotel. Two hundred eighty-eight voted yes, 71 no.

Likely to be on the ballot this November is a question about whether to allow alcohol sales in all of the unincorporated part of Jessamine County. Proponents are within a few hundred votes of getting the signatures they need on a petition to include the referendum on the Nov. 3 ballot.

Nicholasville already has alcohol sales, and there are a few exceptions for places in the county such as golf courses and wineries. Wilmore would not be affected because it is an incorporated city that would have to have its own referendum.

County Clerk Johnny Collier said the turnout for the election, nearly 34 percent, was high for a primary in Jessamine County. Statewide it was 29 percent.

Collier said there were no issues with the election, and choosing to have four voting places instead of one, as most counties did, proved to be a good decision that prevented long lines of voters.

“We were not overwhelmed. We were busy, but people were not standing on top of each other, and we tried to promote social distancing and the masks, and it seems everything went very well,” Collier said.

Collier said the county received about 10,500 mail-in ballots back — about three times as many as voters who went to the polls.