WATERS: Beware of the virus of mistrust 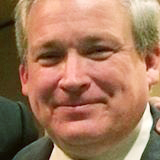 Leftists who dominate Jefferson County Public Schools’ Board of Education desire a huge tax increase amid a health pandemic wreaking sudden destruction on a once-roaring economy, locking down the commonwealth and throwing thousands out of work and into the realm of uncertainty about how they’re even going to pay their current tax bill — much less higher taxes.

We’re talking about a ginormous school system with a $1.7 billion spending plan, which dwarfs the entire Louisville Metro Council’s budget and translates into more than $17,000 for each of its 101,000 students.

Yet, what’s the return on this heavy-duty investment?

A soon-to-be-released report by the Bluegrass Institute indicates growth in both academic-achievement and true graduation-rate gaps across JCPS with rampant social promotion, pointing to a failure of the system’s long-time expensive policy of busing minorities out of their neighborhoods and across the entire city just to prop up a front of diversity beloved by the board’s regressives who care little for the heavy burden already borne by taxpayers.

Corrie Shull, one of those leftist board members who rejects accountability metrics or data, blathered that anyone who even questions the pursuit of higher taxes doesn’t “support the children of this community, especially the most vulnerable.”

Yet, the data overwhelmingly indicate JCPS isn’t doing nearly enough with the dollars it already rakes in to care for “the most vulnerable.”

Where’s the evidence, for example, that higher taxes will close the whopping 55- and 52-percentage-point achievement gaps between white and black students in Bloom and Norton Commons elementary schools, respectively?

Tax-hike supporters who want to either blame the source of — or inability to close — gaps on inadequate revenue run into another problem: such inequities have, in many cases, gotten larger through the years.

Taxes had just gone up again in August, just like there was another increase this year in the number of JCPS elementary schools with at least both 10- and 20-percentage-point gaps between black and white students on state mathematics tests compared to results from four years ago.

If more money solves this problem, why are seven of the 10 elementary schools with the largest achievement gaps located east of I-65 in the wealthier part of the district?

How is this “supporting the children,” to paraphrase Shull, when thousands of poor black kids are bused to schools where whites are improving their performance even as minorities fail in the same buildings?

Meanwhile, the data show that poor black students being bused are denied the chance for a better education offered by schools back in their own neighborhoods, like Kennedy Elementary, where half of all black students reached math proficiency last year, even though three of every four children are economically disadvantaged minorities.

Instead, the district should be forced — by recalling the tax, if necessary — to do what every Kentucky family must do, especially during a pandemic: tighten belts and prioritize spending.

If the district isn’t busing multitudes of students across the city, then transportation spending — $90 million in the current budget — can be cut with the savings applied to building those new schools Pollio wants, without raising taxes.

Finally, how can a tax increase in the middle of a pandemic be fair when many parents may not even send their children back into the public education system once the virus subsides?

A Real Clear Opinion Research Survey reports more than 40 percent of all parents nationwide are “more likely to homeschool” after the lockdown ends.

Why should those parents be forced to pay more for public schools they will use less, if any?

Jim Waters is president and CEO of the Bluegrass Institute for Public Policy Solutions, Kentucky’s free-market think tank. Read previous columns at www.bipps.org. He can be reached at jwaters@freedomkentucky.com and @bipps on Twitter.