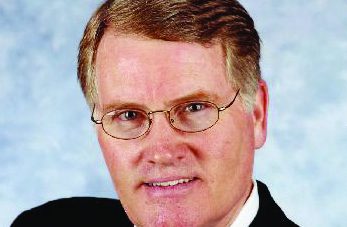 The final two days of the 154th regular session of the Kentucky General Assembly culminated with legislators overriding a number of line-item vetoes in the state budget and the passage of additional bills, including COVID-19 relief legislation.

The coronavirus cast a long shadow over the budget session. Broadcast coverage of the session was expanded after the general public was restricted from visiting the Capitol. Rules concerning the casting of votes were relaxed in both chambers to promote social distancing.

Ultimately, the legislators gaveled into session for only 53 days — seven days less than allowed by the Kentucky Constitution.

Even the executive branch budget, contained in House Bill 352, only covered 12 months instead of the typical 24 months.

The Senate, by a 27-7 vote, joined the House of Representatives to override all the gubernatorial vetoes to the state budget bill.

Veto actions on House Bill 351, often referred to as the revenue bill, were overridden, first in the House and then in the Senate, by a 24-9 vote. Supporters of the override said the governor didn’t have the legal authority to issue line-item vetoes in revenue bills.

The budgets will now go into effect on July 1.

The $11.3 million executive branch budget will continue current funding levels for most services across state government. It also maintains approximately the same total state funding level as currently exists for Support Education Excellence in Kentucky (SEEK), the state’s core kindergarten through 12th-grade funding formula. And it provides millions of dollars for enhanced school security measures and school-based mental health service providers. Both were called for in the 2019 School Safety and Resiliency Act.

While higher education funding will remain at current level, $15 million will be distributed through a performance funding formula adopted in a prior session. The budget requires the actuarially required contribution to the Teachers’ Retirement System, including to the medical insurance fund, and freezes funding contribution requirements for the so-called quasi-governmental organizations like health departments and community mental health centers at the current 49 percent of employee pay.

Supporters of the bill said the legislation would give the governor the authority to tap into restricted funds in order to purchase personal protective equipment, like facemasks, that health care workers desperately need.

Here are some of the other bills that cleared the Senate during the week:

— Senate Bill 2, dubbed the voter photo ID bill, will require voters to present photo ID at the polls, starting in the general election in November. If a voter does not have a photo ID, they will be able to show another form of ID and affirm, under the penalty of perjury, that they are qualified to vote. The bill also allows poll workers to vouch for a voter they personally know even if that person has no valid ID.

Another provision of SB 2 will provide a free state-issued ID card for individuals who are at least 18 and do not have a valid driver’s license. The Senate, by a 27-6 vote, joined the House in overriding the governor’s veto of the legislation.

— Senate Bill 9, titled the Born-Alive Infant Protection Act, would require that a child born alive under any circumstance be given the appropriate medical care to preserve the infant’s life. Any violation of the proposed law could result in the medical provider’s license being revoked and felony charges.

The final version of SB 9 also defines abortion as an elective procedure. Supporters said the provision is aimed at preventing abortions from being provided during the current coronavirus-related ban on elective surgeries. The Senate, by 30-2, joined the House in the passage of the bill. It now goes to the governor’s desk for action.

It will join a second constitutional amendment, passed earlier in the session, to be decided on by voters this November.

That second constitutional amendment, contained in Senate Bill 15, would enshrine certain rights for crime victims in the state constitution.

SB 15 is tied to a national movement to pass statutes that have been collectively known as Marsy’s Law in honor of Marsy Nicholas, a 21-year-old California college student who was stalked and killed by an ex-boyfriend.

A similar proposed constitutional amendment passed the General Assembly in 2018 and was subsequently approved by voters, but the Kentucky Supreme Court ruled the law was invalid due to unconstitutional ballot language.

Interim joint committee meetings can begin on June 1. That’s a period where hearings on proposed legislation for future sessions can be prefiled and studied in public meetings. Those meetings are generally broadcast by Kentucky Educational Television, better known as KET.

The interim is also a time when a number of bills not acted upon because of the truncated session can be refiled for consideration during the next regular session.

If the General Assembly isn’t called into a special session to address the final 12 months in the two-year budget cycle, legislators will return Jan. 5, 2021, for a 30-day session.

By then, the economic impact of COVID-19 will be more clear. That will allow the legislature to better anticipate state needs in the remaining 12 months of the budget.

As always, feedback can be left by visiting the Kentucky Legislature website at legislature.ky.gov, clicking on the “legislators” dropdown menu in the upper left corner and selecting “contact a member.”

Those averse to computers can pick up the phone and call the Legislative Message Line at 800-372-7181. And those who still prefer snail mail can write to any legislator by sending a letter with a lawmaker’s name on it to: Legislative Offices, 702 Capitol Ave., Frankfort, KY 40601.

Trials able to resume, but no time table yet