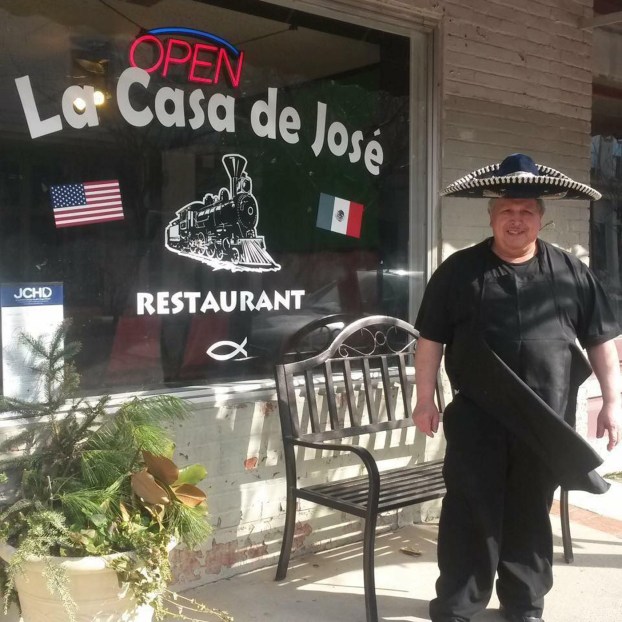 Wilmore residents are preparing to send one downtown business off in style with a fiesta in support of Jose Buerostro, owner of La Casa de Jose, who is closing the restaurant because of recent issues in his battle with cancer.

“Jose has been a staple part of this community and the county at large for a number of years,” said Randy Hardman, owner of Drinklings Coffee and Mugs in Wilmore. “We have come together as a small community to give him a celebratory send-off as he retires due to ongoing cancer treatments.”

From 5 to 8 p.m. Friday, residents are invited to take part in a silent auction, live music and a Mexican buffet all in support of Buerostro.

Plates and cups can be purchased for $7 for adults and $4 for children under 10. Canes chicken fingers will also be available for children who attend. Those who are planning to attend are asked to RSVP in order to help provide a rough estimate for those who are helping make enough food for the buffet.

Mikaya Taylor, a 13-year-old bluegrass gospel singer from Lawrenceburg, will also provide the live music for the evening.

“This event has been created as a ‘thank you’ and for the community to come out and support Jose,” Shalah Olson, owner of Shalah’s Hair Studio, said. “He has continued day in and day out to be there for the community and be open and

go above and beyond at other events where he has served out of the kindness of his heart. This is a way of saying thank you and giving back to him this time.”

Olson said Buerostro has helped local communities throughout the years by donating his time in Lexington at his church, Trinity Hill United Methodist, where he serves a weekly meal for more than 200 people. Buerostro, she said, also provides a Wednesday night meal and works with numerous people in the local Hispanic communities. He has also donated his time to help provide prisoners meals and also shares his testimony to those who are willing to hear.

“I met him originally when he first opened,” Olson said. “I have been at the hair salon 17 years. In the past three to four years, he has been right across the street from me and we have become close friends. There have been other people in the community who have helped create ‘Hands for Jose.’ (They provide) several service projects to help with things inside and outside the building in order to help with the conditions and help him boost business and service and thrive again. He has pretty much been a one-man show running the place and doing everything by himself.”

Olson said Buerostro had a fall right before Christmas which left him with a fractured hip. During that time, she said doctors discovered cancer in his hip bone, and through ongoing MRI’s and cat scans, they eventually discovered a mass in his lungs.

“He needs time to recoup and get back on his feet,” Olson said. “There have been a handful of volunteers continue the family night buffet style which has continued to be open on Friday nights to keep money coming in and pay bills. Other things have contributed to closing the business … that we have been dealing with for several years now. It is unfortunate.”

Olson said all she hopes is for people to come and purchase a meal to give back to her friend who she said has given the community so much.

“He has become one of my best friends and it becomes so hard for me to watch him deal with what he has dealt with,” Olson said.