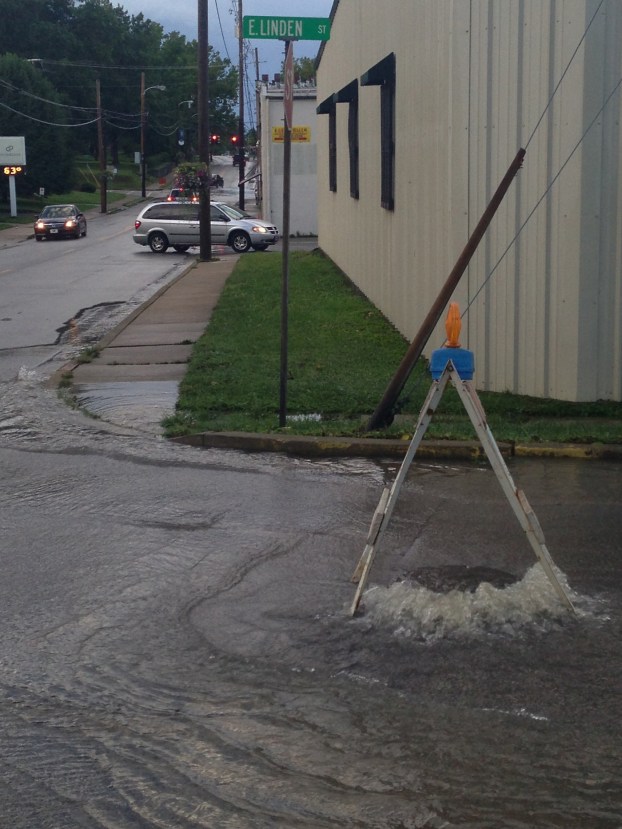 It is a project, he told Wilmore’s City Council at its last meeting, which should be the highest priority when looking at where to use the excess funds. By using the excess funds, Carlstedt said the project would not require separate financing as the money is already and is an acceptable use of contingency funds.

The manhole currently overflows 10,000 to 20,000 gallons of water two to three times a year when heavy rainfall hits the downtown area street’s causing sewage and rainwater to overflow into a nearby curb inlet. The process to reroute the underground system, he said, could take 60 days. Although this has been an ongoing issue, the city has yet to fix it due to the impact construction could have on local businesses.

“It is not a public menace,” Carlstedt said. “There is no sewage running down Main Street. But the state wants us to fix it.”

Currently, stemming from not going over budget on the Sewer Plant Treatment project, there is a surplus of $170,000 which Carlstedt said he believes would best be used to fix this issue. He said the sewer for South Wilmore currently runs all the way around the block to avoid an underground culvert for the city’s storm water system. Sewers have to stay on a gravity flow, he said, making the biggest problem a hydraulic limitation. The only way to fix the overflowing manhole is to run a new sewer line through the parking lot where the Dollar General is located.

“We know this is horribly disruptive, but there is no alternative,” Carlstedt said. “If we ever want this manhole to stop surcharging (overflowing) this is what we have to do.”

The project is in a preliminary design, and would still require finding the right route to take through the parking lot. This project would require relocating the manhole behind the Dollar General, tearing up the sidewalk and grass, running a brand new sewer line, putting in a second manhole and cutting across the parking lot.

Also, Carlstedt said the piping from manhole to manhole would need to be replaced as it is currently too small for the amount of sewer running through it.

“Money has clearly always been an issue,” Carlstedt said. “But it would be a major disruption to our businesses community. We are talking about bisecting the parking lot.  We do not have a great plan aside from the fact that we would build in very small pieces. This would require detours, vehicle controls, flagging, signage and a tremendous disruption to businesses.”

The cost, he said, could quadruple compared to other sewer projects due to several factors such as the age and the inconvenience.