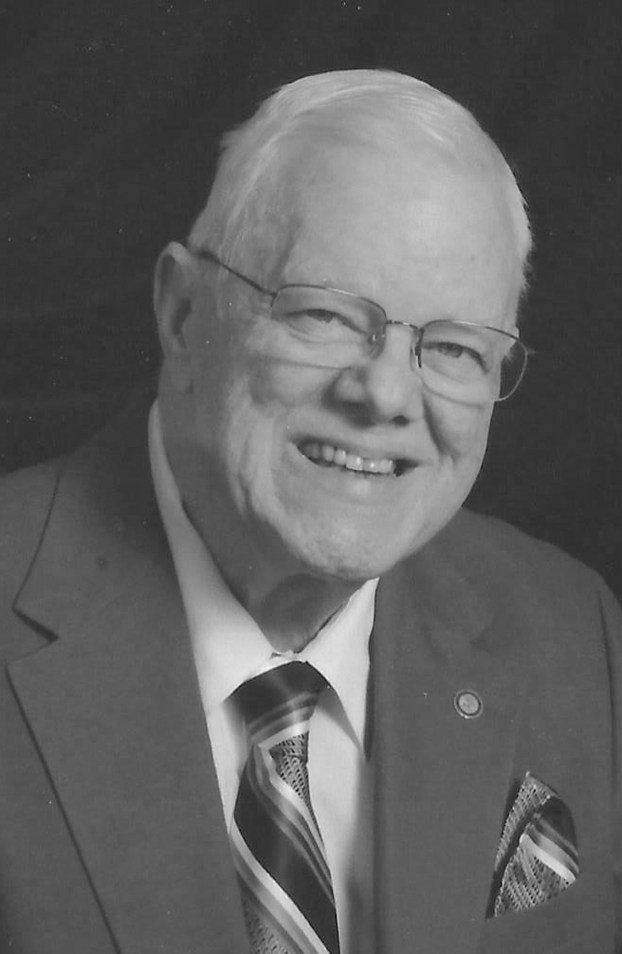 The Reverend Howard M. Fawbush Jr. of Nicholasville, retired Christian Church (Disciples of Christ) minister, beloved husband, father and grandfather, left this world for a perfect one on Nov. 27, 2017 after a courageous battle with Alzheimer’s disease and pancreatic cancer.
He was born June 16, 1934 in Benham, Ky. to Howard M. Sr. and Nola Gilliam Fawbush.

In addition to his parents, he was preceded in death by his sisters, Barbara Hensley and Linda Halcomb. Howard is survived by his wife of 61 years, the former Martha Jean Howard; and by their children, Jeffery H. Fawbush and wife, Margaret, of Springfield, Tenn. and Janet R. Klosterboer and husband, Larry, of Round Rock, Texas. Also surviving are three grandchildren, Kevin Klosterboer and wife Sarah Brian Klosterboer, and Brittiany Czech; three great-grandchildren; six nieces; two nephews; other relatives; many friends and two faithful felines.

Howard was a graduate of Benham High School and Transylvania University, where he was a music major and a member of the band, choir and Delta Sigma Phi fraternity. In 1966, after teaching instrumental and choral music in Harlan and Nelson County schools in Kentucky, he was called to the Christian ministry. After graduating from Lexington Theological Seminary, he had the privilege of serving ten Disciple Churches as an associate, interim or minister. In Kentucky, he served in Bloomfield, Lawrenceburg, Lebanon, London, Middlesboro and Perryville. In Illinois, he served both Abingdon and Centralia churches; and in Louisiana, the Mandeville and Slidell churches.
While pastoring First Christian Church in London, Howard was the subject of an ABC documentary film, ‘A Helping Hand’, which showed how a church can inspire people to live useful and meaningful lives by serving God and serving others. One of the things he especially liked about church life was singing in choirs and ensembles and sometimes directing them. He was a proficient piano tuner and sound technician, very much in demand. In his spare time, he enjoyed cooking, fishing, playing bridge, solving puzzles and collecting Abingdon pottery, but most of all he loved just being with family and friends.

Howard belonged to the Nicholasville Christian Church, where he was an elder and choir member. A celebration of his life will be held at the church, located at 104 S. 2nd Street, on Monday, Dec. 4 at 2 p.m.with his niece, the Rev. Cynthia H. Baker and the Rev. Dr. Lon D. Oliver officiating. Susan Braden and Gene McKinney will present the music. Burial will follow in Maple Grove Cemetery, conducted by the Rev. Kevin Baker, with family members serving as pallbearers. A time of visitation will take place at Hager and Cundiff Funeral Home, 207 W. Oak Street, on Sunday, Dec. 3 from 5-8 p.m. Memorial contributions may be made to the church, charity, or institution of one’s choice.

Howard’s family is grateful to the doctors and staff of the Jessamine Medical Center in Nicholasville, Ky. and to the staff at the Alzheimer’s and Hospice Units of the Cottages at Chandler Creek in Round Rock, Texas for the excellent care he received during his illness, and to everyone else who helped in any way.